As part of my travels around the North Coast (which you can read about here) we headed to the Central Wine Bar (or just the Central Bar) in Ballycastle for dinner. 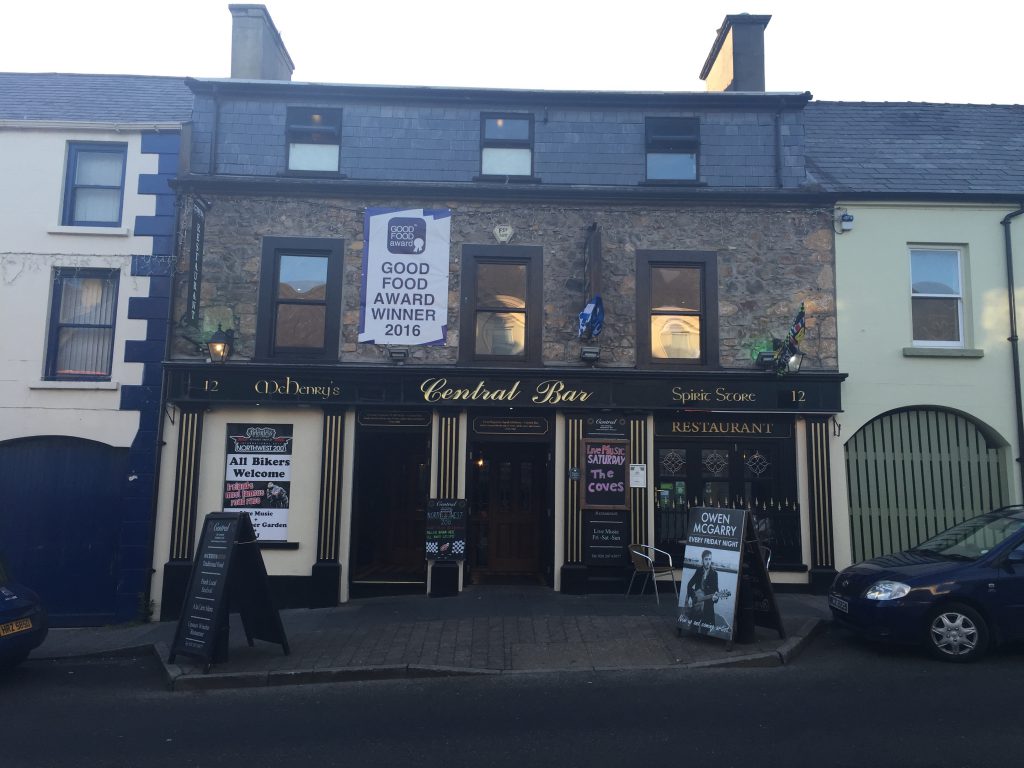 The Central Bar was first opened in 1861 and the original proprietor was Sarah McHenry. Fast forward 139 years to the year 2000 when the current McHenry family began running the bar and it is currently a real family affair with Phillip and Gemma McHenry being helped by their 4 children.

Downstairs in the building you will find the actual bar with some lounge style seating which is used for bar snacks and lunches with upstairs being used for evening meals. We had booked in advance (I always do if there is more than 4 people) but the rest of the restaurant was very busy with people waiting over an hour for a table.

My parents were here for dinner a few years ago and vowed that they would never be back as the food was not good. However, our friends Paul and Eleanor who live locally were in more recently and said that the chef had changed and that the food was very good now.

This is obvious as the Central Bar has recently been awarded the prestigious Good Food Award for 2016. The Good Food Awards were formed in 2002 as a completely independent organisation which seeks to recognise the best food outlets across the UK. The Award takes into account customer feedback and uses strict scoring factors to identity the best food outlets. Out of the half a million listed food premises across the UK, only 105 made it onto the Good Food Award list for 2015 so this goes to show how far the Central Bar has come on in recent years.

The vast majority of their ingredients are sourced locally and the menu includes lots of references to local farms in their descriptions. Due to the North West the A La Carte menu wasn’t available but their main evening menu provided amble options for us all.

I opted for the Chicken Louisiana which was an Armagh chicken fillet topped with bacon, mozzarella cheese and a honey infused barbeque sauce and I changed the garlic fries for triple cooked chips. I was a bit naughty and went for an extra side of sweet potato fries as they are my weakness on any menu. 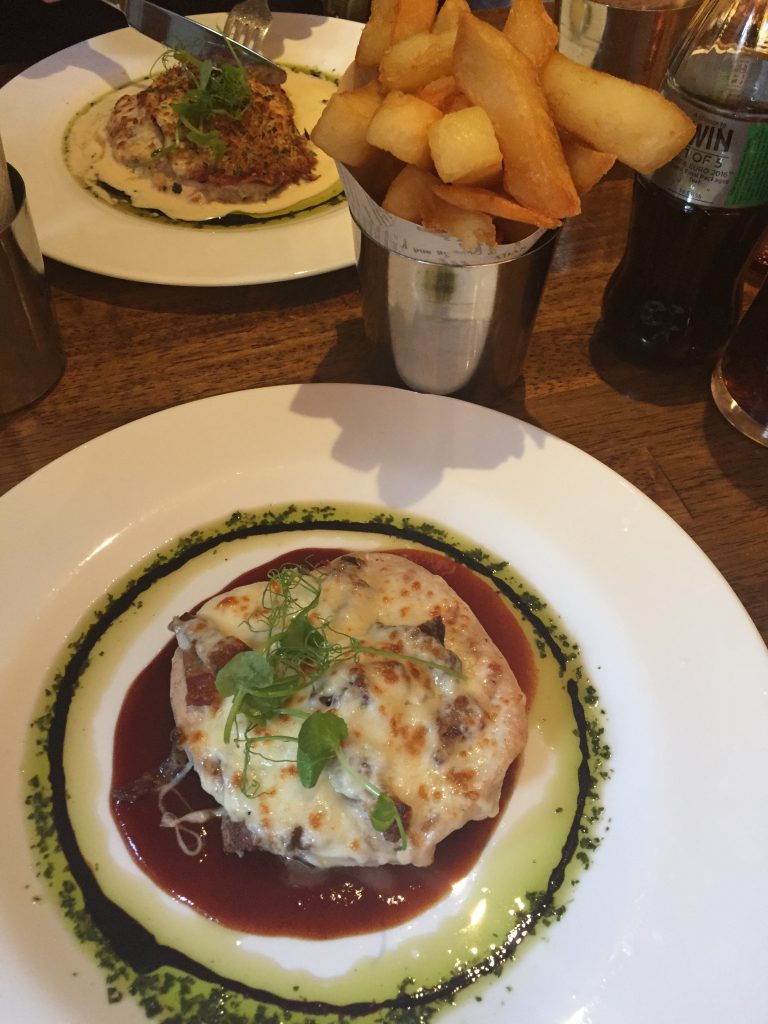 The Chicken Louisiana was a popular choice at our table with rump steak, cod and another chicken dish making up the rest of the order. For drinks, we all had a soft drink with the exception of Maria’s dad who had a Guiness and her aunty who had a Fairhead Gold from the local Glens of Antrim brewery

The chocolate sponge wasn’t overly rich which was good and the smooth chocolate centre and Glastry chocolate ice cream went so well together. 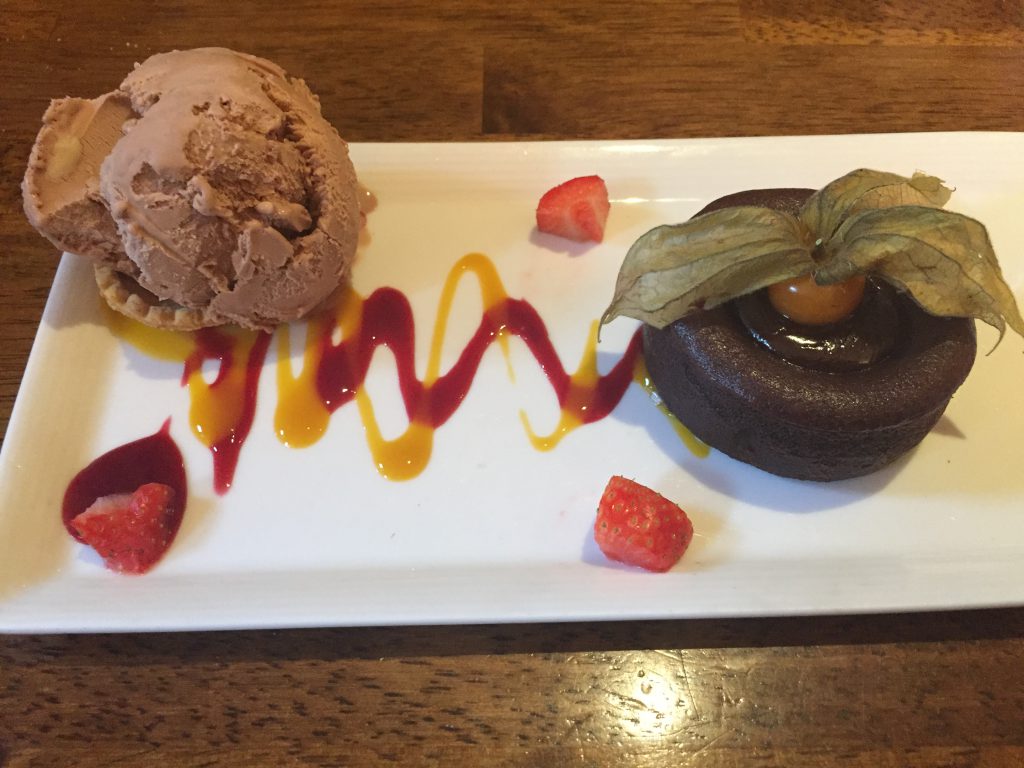 One thing that stuck me was the detail of the presentation that went into the dishes which showed an extra degree of thought even though the kitchen staff were incredibly busy.

The Central Bar was a good place to stop for dinner after a long day around the North Coast and I will definitely be back!