For those who don’t know, I hit the big 3-0 recently. I’ve felt a bit like The Queen recently as my celebrations have lasted nearly a month, but as they say all good things must come to an end.

My first trip away was a day visit London in August with Laura. I came across the musical Come From Away at the beginning of the year. It stars Rachel Tucker, who grew up in Belfast and who I had seen in my favourite musical (‘Wicked’) a few years ago.

After getting off the Tube from Heathrow, we headed to Borough Market for a really good cookie (which was nearly the size of my face) before heading to the viewing gallery at The Shard. 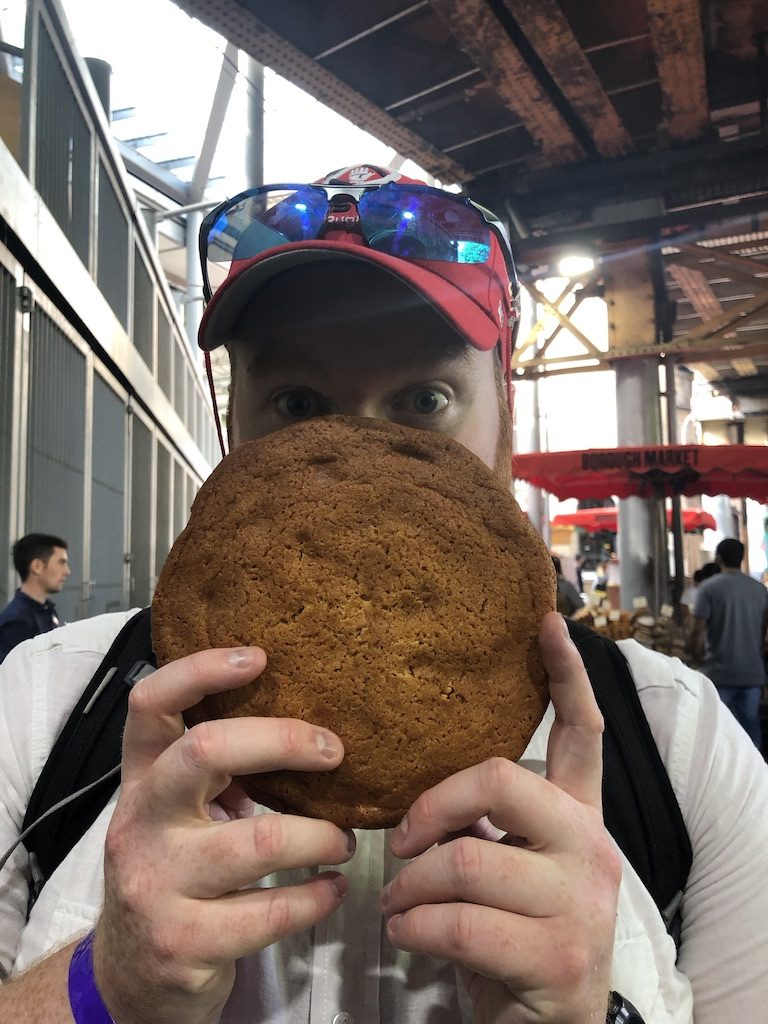 I’d really recommend heading to The Shard for an amazing view over the city – I got a voucher from my mobile provider, but the “All Inclusive” package is worth the money as you get some souvenir photographs as well as a drink at any of the bars and we ended up getting two glasses of Moet champagne (I’m pretty sure we were only supposed to have one but hey ho). Before we headed back down, we took the guides advice of checking out the toilet with apparently the best view over London and they weren’t wrong. 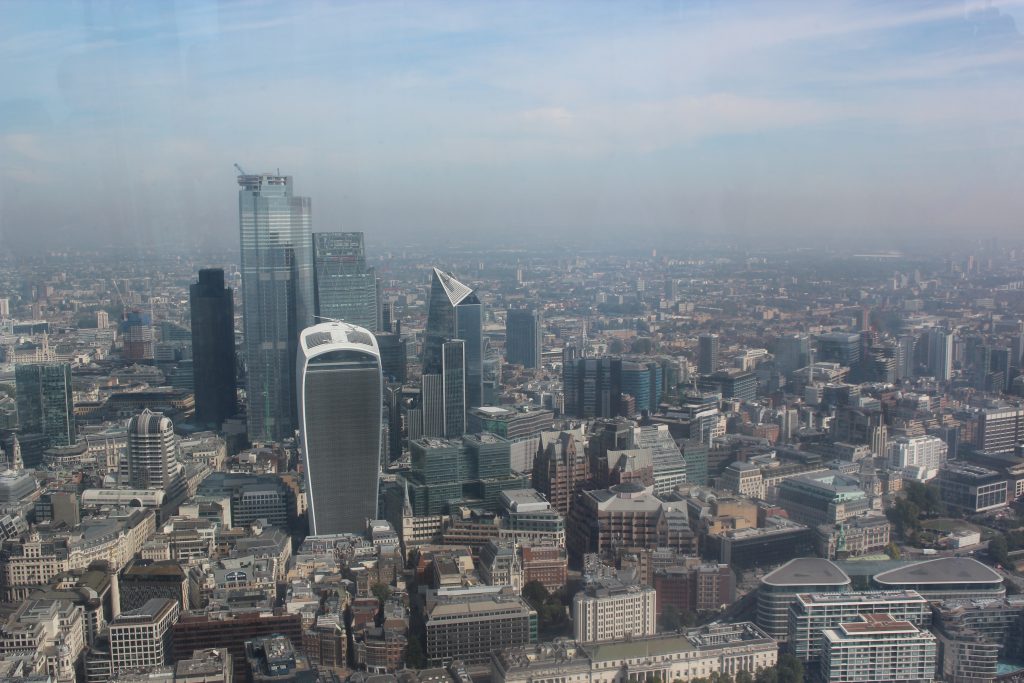 The view from The Shard looking over the city

It was then off for lunch to an American restaurant for a burger and chips (ok it was McDonalds) before heading to the Pheonix Theatre for the show. 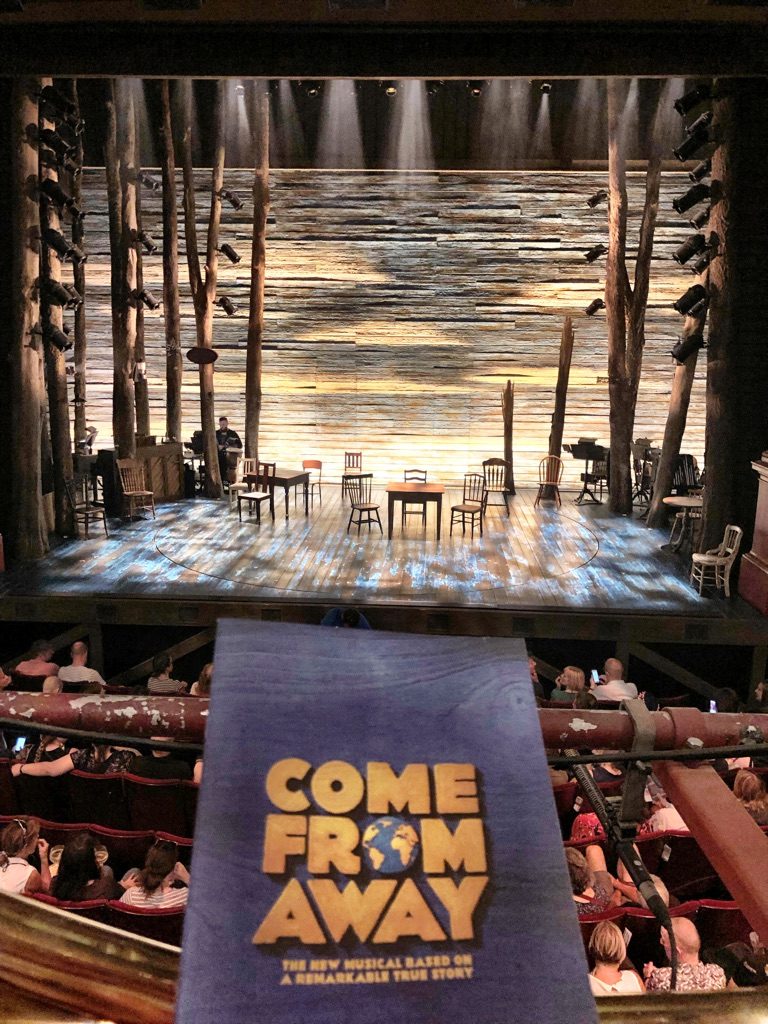 Come From Away tells the story of the aftermath following the September 11th attacks in New York. As part of Operation Yellow Ribbon, every plane heading to the United States on that morning had to either return to Europe or to land, as quickly as possible, at the nearest airport in Canada. For 38 of the 225 affected aircraft, their nearest airport was Gander, Newfoundland. The 9,000 inhabitants of this town took 7,000 strangers in and fed, clothed and looked after them for 5 days before the American airspace was reopened.

It’s actually a very moving musical and is a real demonstration of how, when bad things happen, there are so many people who want to help others. (You can listen to the Broadway soundtrack on Spotify here.) 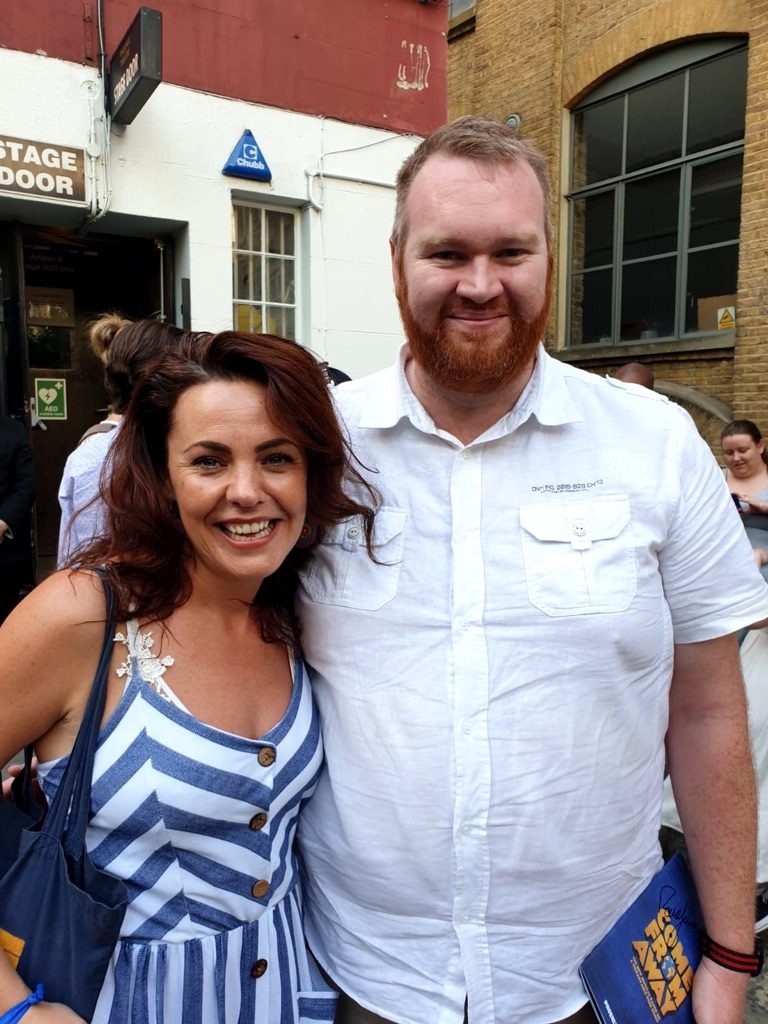 Me with Rachel Tucker after the show

Following on from my London jaunt, I was told by my parents to take a few days off at the end of August for a surprise trip away somewhere. As we got into the car on Thursday we headed west, but that’s all I knew as to where we were going. Just outside Enniskillen I was blindfolded, complete with some noise cancelling headphones, for the final journey. I was unmasked near some water and realised I was at Manor House Marine. My mum told me that she had hired a boat for the weekend, which was an amazing surprise. 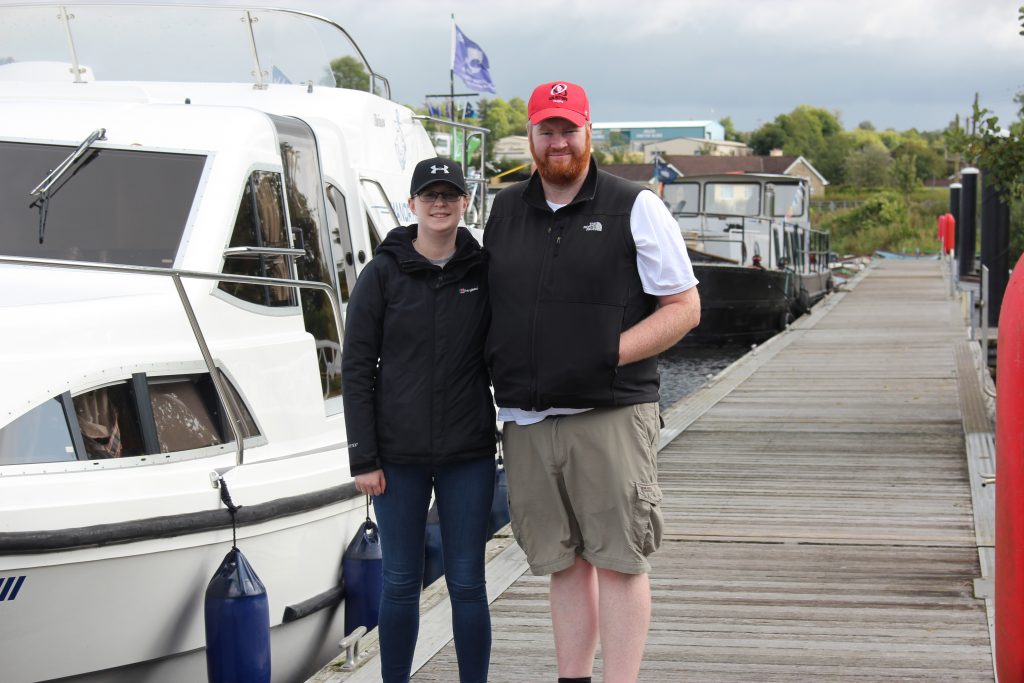 The Captain and First Officer…

After a quick lesson we headed off in the direction of Upper Lough Erne, stopping at The Moornings for dinner and our first overnight stay. I’d really recommend The Moornings if you are down that direction and the staff were really friendly and the food was great. 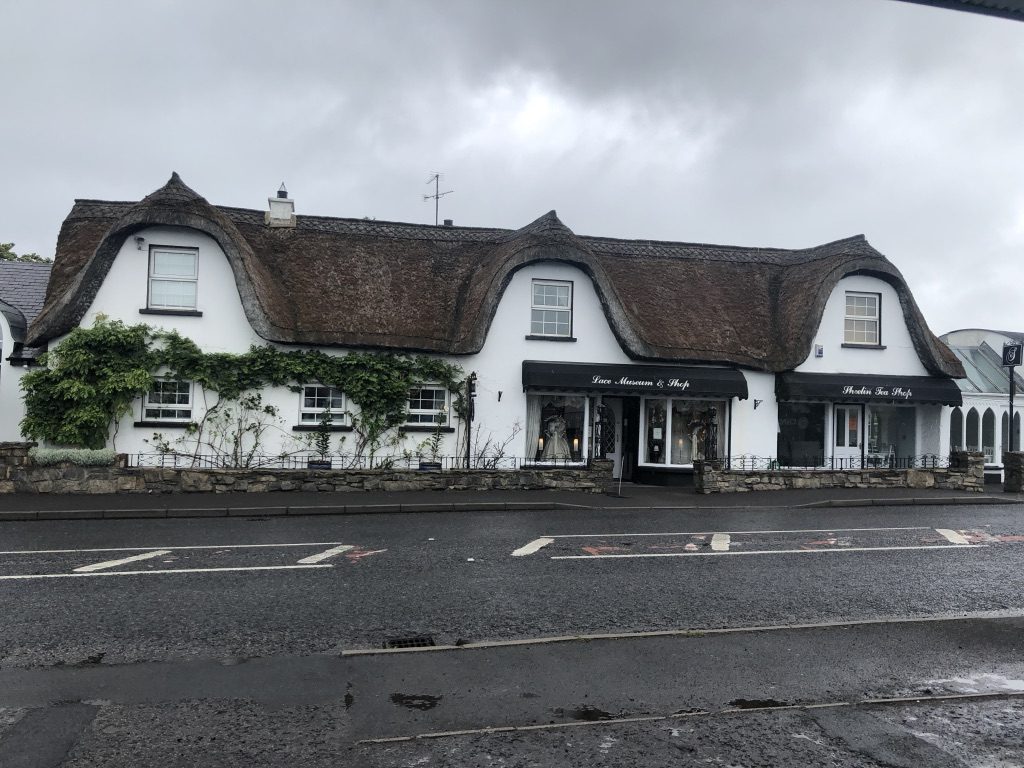 After breakfast on Friday we walked into Ballnaleck village before heading on to Carrybridge for lunch and eventually to Belturbet for the night. Once we got docked at the public pontoon, we headed to The Seven Horseshoes for a drink, but mainly to use a proper toilet!

We took a walk around the village on Saturday and then headed back towards Enniskillen, stopping at Crom Castle for lunch and then onto the moorings at the Killyhelvin for the evening. 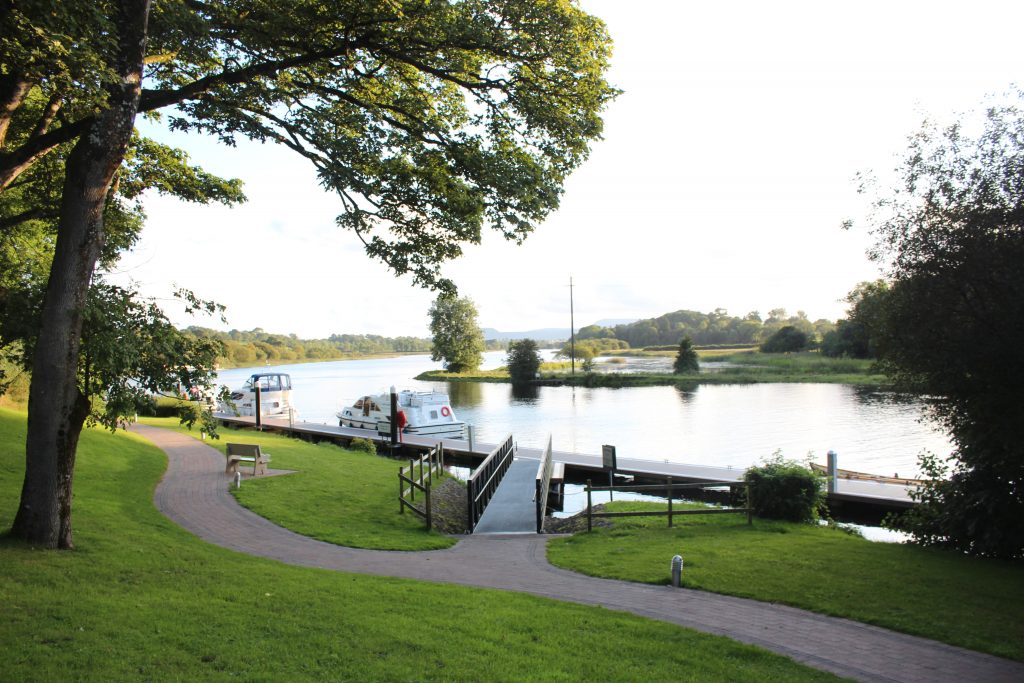 Moored at the Killyhevlin

On our last day we headed into Lower Lough Erne. On the charts it said that the weather can be bad and that wasn’t wrong – after a bit of a rough journey we arrived at Castle Archdale. We were intending to take a walk round the park, but as soon as we got off the pontoon, it started to rain so we headed back to the boat for our last lunch.

After that, it was a leisurely cruise back down the Lough, stopping at Carrickreagh for a coffee and to pack our bags before it was back to Manor House. After packing the car we headed to the Round O jetty in Enniskillen to feed some ducks, after I got my head around driving a car after four days of driving a boat.