It isn’t hard to have realised that the PSNI have started a new recruitment drive in the past week. Those on the outside will look at the job, will see the starting salary, will think that officers are overpaid and probably not think any more about it.

But is policing in Northern Ireland really as easy as we all think? Current and indeed former officers still check underneath their cars on a regular basis and many, if not all, take some form of precautions on a routine basis. Every year, especially during the summer months, the PSNI will inevitably be caught in the middle of a lot of situations with one ‘side’ will say they are heavy handed while the other says they are too lenient. We seem to expect the police to be miracle workers and to please everybody all of the time, without realising that this just isn’t possible.

Those who know me will have realised that I am fairly “pro police” (perhaps too much so at times) but there are several reasons for this. I’ve some close family friends who worked in the RUC and PSNI and I have several friends who serve in the PSNI, some for 10 years and some who only left Garnerville a few weeks ago, but their motives for joining were all pretty much the same. I have heard some awful stories from different people but regardless of this, the reasons why they joined were one of a few things – they just wanted to make a difference, they wanted a diverse job, and they just wanted to help those who needed it.

More often that not, we hear the bad news stories of a PSNI officer eating an ice cream while driving (which he shouldn’t have done) or of officers swearing inside of a police station , but we very rarely hear of the good news stories. We don’t hear of the officers who go above and beyond their duty on a regular basis to help those who need it most. Indeed we didn’t hear enough of Constable Quinn (a PSNI officer in Co Down) who threw himself out of a perfectly functioning plane to raise money for PIPS

I woke up this morning to breaking news from Merseyside Police that one of their officers had been killed, or rather murdered, by a car criminal in Liverpool. The officer, PC David Phillips, was attempting to stop a stolen car when the driver purposely mounted the central reservation and drove at him. He didn’t stand a chance. His wife, Jen and daughters Abigal (seven) and Sophie (three) will have been woken up this morning by a Merseyside Police Family Liaison Officer to be told that their husband and daddy won’t be coming home. His colleague, who had only been in Merseyside Police for 2 years, was incredibly lucky to escape with his life.

If Merseyside Police officers receive a call tonight about another stolen car, with the events of last night of course fresh in their minds, they will still go. The PSNI still responded to calls for assistance after Constables Stephen Carroll was murdered and they will continue to do so, even with the heightened threat from dissident Republicans.

The irony in all of this is that those who complain about and lambast the police on a regular basis, will still call on the police when they need help. Those police officers on the ground are as frustrated as everyone else given the current financial situation of the PSNI, but they still should deserve (at least some) of our support. 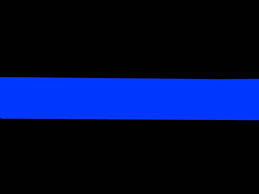