It would be impossible to not realise that A and AS Level results have been
published today and that GCSE results are to be published next week. As we are getting used to hearing every year, I am sure that UK pupils will again have “excelled” across the country and many will go on to further study at a university or college. But why does everyone put so much emphasis on results?

In the UK many people also believe that if you don’t succeed at exams, you will end up in a dead-end job, and live a dead-end life.

Universities also demand such a level of academical achievement, due to the fact that places are so limited. As a result institutions are offering places which require not only set grade but also evidence of extra-curricular activities, which are often done at the expense of study.

For those who do not get the results they wanted but want to go to a university, they will be searching through the UCAS system known as Clearing. This lists the open places and tries to match prospective students with courses. 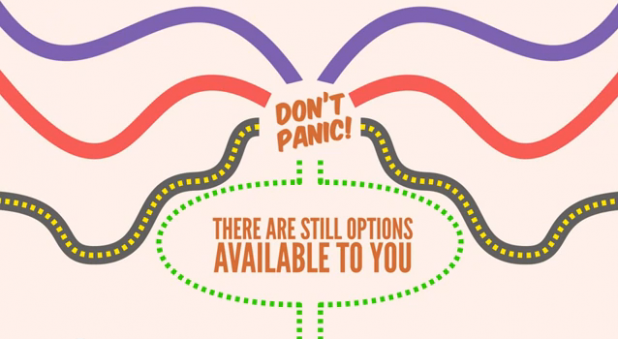 Last year, according to certain media reports, 170,000 prospective students were chasing just 12,000 University Places – that is 14 students chasing every single place. A survey of undergraduates found that well in excess of 50% of students who gained a place through Clearing were unhappy with their course and wish they had chosen something else.

I won’t pretend that I was happy with what I got when I opened my A level results on the 14th August 2008. The following week consisted of remarks and contacting every University that I had applied to as well as the local Collages. In the end, Lisburn College accepted me onto a Higher National Diploma course which eventually led me to the same course that I had originally applied for through UCAS.

In September 2008 I was feeling very annoyed that I was going to a ‘tech’ while the vast majority of my peers were heading direct to University. However, now that I’ve graduated, I’ve realised that my HND was the most beneficial thing that could have happened. Doing this course allowed me to gain an awful lot more experience and contacts that I simply wouldn’t have got by going to university straight from school. I also firmly believe that I am currently employed in a job that I would not have got if I had gone down the ‘traditional’ route to University.

I also know a lot of people who didn’t go on to further study but went straight into an apprenticeship or work. By the time I had finished university they had been already been working for a few years a few of them are in jobs that they simply would not have got if they had gone on to further study.

Sir Richard Branson, Chairman of the Virgin Group owns over 360 companies, left school at 16 with fewer than 5 GCSE’s. Today he is worth nearly £4.4 billion. Sir Alan Sugar also left with poor GCSE’s and is worth £830 million. I know that these are extreme cases, but I wouldn’t say that these people have “failed”. Another person that I know who lives in Belfast left school at 18 with one A Level and his company had a £6 million turnover last year.

While I was walking through Heathrow Airport in August 2008 I saw an advert for the Samaritans who were requesting extra volunteers from the 14th to the 29th August, to tie in with people disappointed with exam results. This is because the rate of teenage suicides dramatically rises after exam results are published. The number of calls made to ChildLine increases 50% coming up to exams time and by as much as 60% after results are published.

Please please don’t be discouraged if your results are not what you were expecting … there is help out there. Every single person who opens a result envelope or goes online today is worth so so much more than a set of numbers and letters on a page.