Jack and the Beanstalk

Thursday 7th January took me to Lagan Valley Island in Lisburn for an adaption of the traditional ‘Jack and the Beanstalk’, performed by the Lambeg Players. My first experience of their annual pantomime was way back in January 1993 and we have been going as a family ever since, with this year being my 23rd outing. 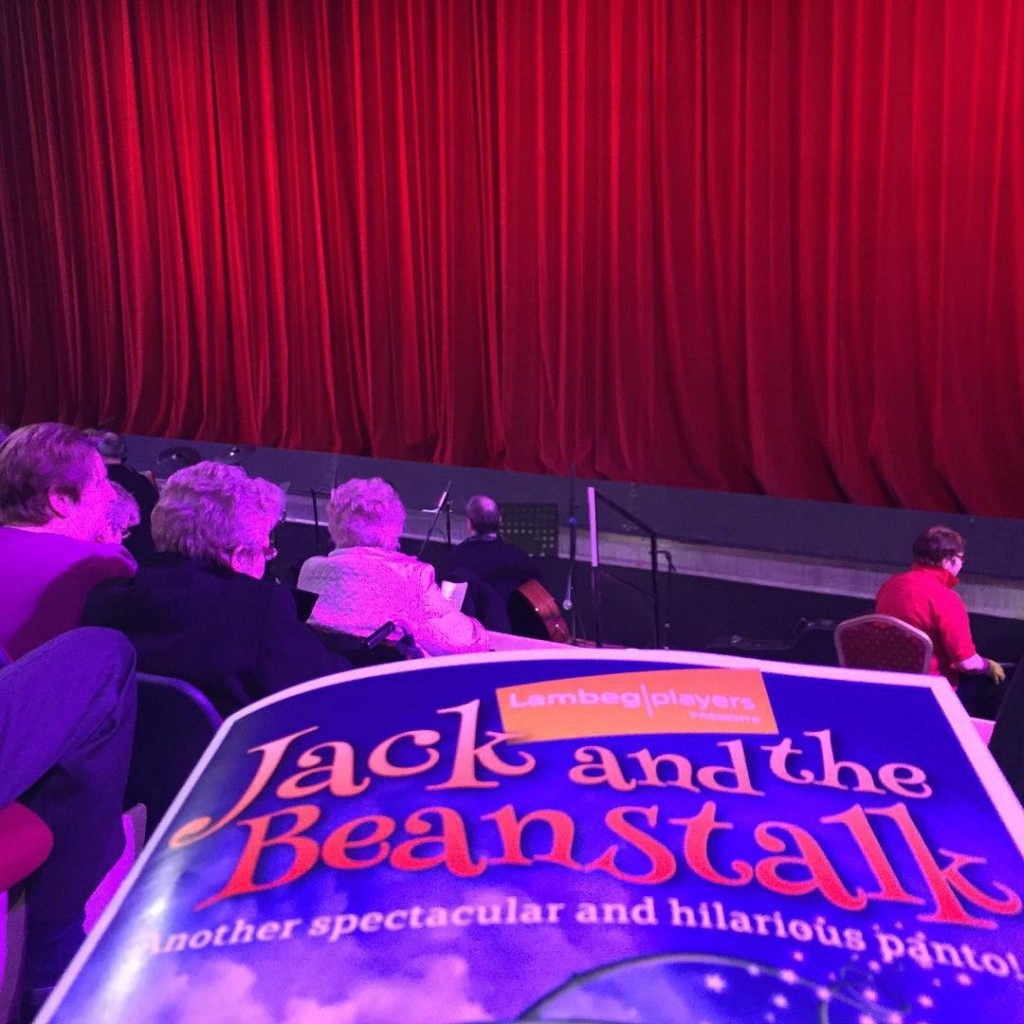 The Lambeg Players are a fantastic amateur (in name only) dramatic group who rehearse in Harmony Hill Presbyterian church in Lisburn. They were formed by the late Clifford Boyd OBE in 1966 and have been putting on annual pantomimes and several plays every year since. Not only are they a very accomplished drama group but over the years they have raised nearly £100,000 for local charities, which in itself is an amazing effort.

Any Lambeg performance is always a real family affair with several families having several members performing both on stage and also behind the scenes. One of those families, the Benningtons, was again well represented this year with brothers Ian and Paul performing with Ian’s daughter Karen not only performing but also taking on the role of choreographer.

Ian, who normally helps to produce the shows, took on the role of author this year, working on the script of the late Alan Barr (who died in July 2014) and who wrote a lot of pantos for the group. With Ian being able to write the show around the talented cast, it was full of puns (which I unashamedly love) and each individual part was clearly written with a particular performer in mind. My favourite pun has to be the brother of the fairy – Larne to Stranraer Fairy.

The character of ‘Caroline the Rhymer’, as the name suggested, has lines which rhymed (see what I did there?) and would have needed a lot of work to her part.

The first half included a hilarious performance from Karen and dad Ian wearing blow-up horse costumes dressed as knights and singing “I’m All Alone” from Spamalot. The first half also included very well-choreographed performances of Taylor Swift’s ‘Shake it Off’, the LunchMoney Lewis hit ‘Bills’ and finished with some audience participation with the Norn Iron football favourite of “Sweet Caroline”

The second half opened with the full chorus performing the dance from ‘Footloose’ before the ‘Ugly Bug Ball’, complete with UV lights, from the Disney film ‘Summer Magic.

The fantastic 7×13 = 28 sketch from Abbot and Costello was brilliant and had a lot of the audience in stitches. ‘I can do without you’ from “Calamity Jane” was also hilarious with Laura and Colin playing off each other and how they managed to keep a straight face is beyond me.

The second half also included ‘Hopelessly devoted to you’ from Grease, another Spamalot favourite (‘Always Look on the Bright Side of Life’) and ‘Best Day Of My Life’  by American Authors. All of these songs show the diverse interests of the cast and the logic of appealing to all of the audience with some older songs but also ones that are in the charts today.

The “kids bit” was an adapted performance of ‘Shut up and Dance with me’ with Laura (who works as a primary school teacher) explaining that it’s rude to tell someone to shut up, but that it’s fine to say it for entertainment purposes.

Every year I leave the Lambeg Players panto and always seem to say that “that was the best one yet”. This year I am, again, finding myself saying exactly the same thing. All of the audience from the very youngest to the very oldest were in stitches on several occasions, which is always a good sign.

Summer is the time for some Madness